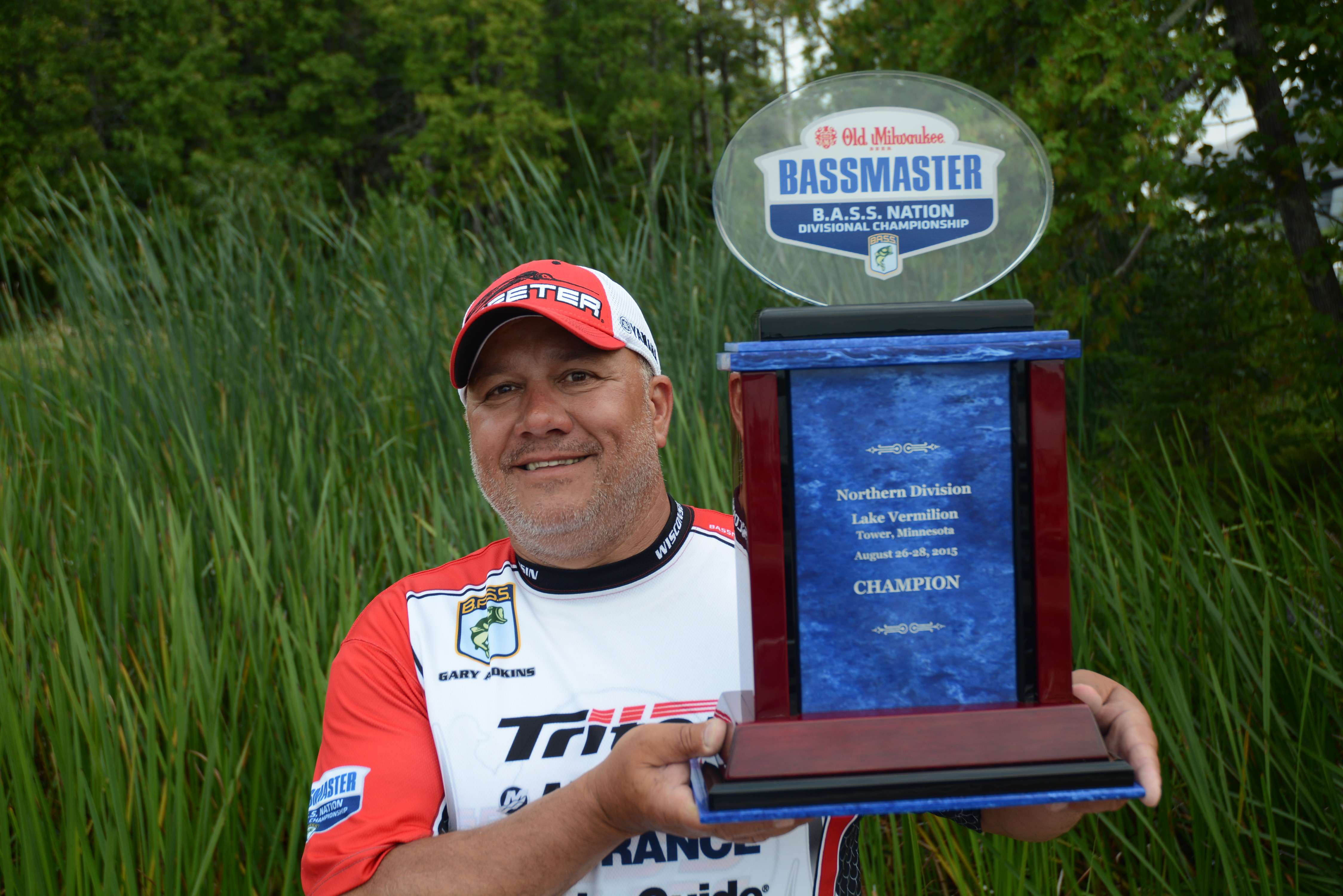 Adkins, Brant and the leaders from the other six Midwestern states participating in the tournament advance to the Old Milwaukee B.A.S.S. Nation Championship. The event is bass club fishing’s premier event, with an international field of anglers competing in November on the Ouachita River in Louisiana.

Adkins found striking similarities between his home water of Lake Michigan and the northern Minnesota tournament fishery. What he found is a combination of gravel bottom mixed with the large boulders that form most of the smallmouth habitat.

“The gravel bottom was a standout feature,” said Adkins, a five-time divisional qualifier. “It’s what I look for in Green Bay when fishing for smallmouth.”

Adkins keyed on one particular rock and gravel formation rising from 30 to 15 feet off the bottom. The sharply defined dropoff was a wise choice after a cold front pushed through the area on Day 1.

“My other areas in shallower water didn’t produce because the fish had to move way out to find deeper water,” he added. “Finding them again would have been tough, as it was I am sure for some of the other guys.”

Adkins chose a green/pumpkin pattern Get Bit Slender Tube inserted into a 5/16-ounce jighead for fishing the sloping contours of the gravel bottom. The key attractant was crawfish being fed upon by the smallmouth.

Later in the day he moved to a rocky shoreline offering yet another similarity to his home water. Most shorelines on Lake Vermilion feature sharp drops into deep water. Instead, Adkins chose a gently sloping shoreline that created warmer water.

“The afternoon sunshine warmed the rocks and that attracted the crawfish,” he said. “It’s the same type of bottom I fish back home.”

Adkins chose a square billed PH Custom Crankbait that matched the size and action of the crawfish for the afternoon bite.

Each day began on the gravel side of the rocky shoal. Later in the day he moved to the shoreline to fill his limit.

Minnesota received a Triton boat, powered by a Yamaha outboard and rigged with accessories. The package is valued at $37, 292.